Findings offer ‘recipe’ for fine tuning alloys for high-temperature use

Superalloys that withstand extremely high temperatures could soon be tuned even more finely for specific properties such as mechanical strength, as a result of new findings published recently.

A phenomenon related to the invar effect – which enables magnetic materials such as nickel-iron (Ni-Fe) alloys to keep from expanding with increasing temperature – was reported to have been discovered in paramagnetic, or weakly magnetized, high-temperature alloys.

Levente Vitos , Professor at KTH Royal Institute of Technology in Stockholm, says the breakthrough research, which includes a general theory explaining the new invar effect, promises to advance the design of high-temperature alloys with exceptional mechanical stability. The article was published in the Proceedings of the National Academy of Sciences of the United States of America. Led by Vitos, the research team was comprised of KTH researchers Zhihua Dong, Wei Li and Stephan Schönecker .

The invar effect however has never been fully understood, and Vitos says that these new findings help explain the peculiar high-temperature properties of special alloys used in jet engines, such as nickel-based superalloys.

Invar has two known effects: thermal expansion and elasticity (the ability to spring back after bending, for instance). Because both of these effects are linked with the interplay between temperature and magnetic order, they are considered to be specific to magnetically-ordered alloys.

The new discovery emerges from a long-term collaboration with industry to find alternatives to carcinogenic cobalt in hard metals, such as cutting tools. Vitos says this finding broadens the palette of invar phenomena and material compositions, with clear implications for new applications.

“Our findings create a new platform for tailoring high-temperature properties of technologically relevant materials towards plastic stability at elevated temperatures,” he says. 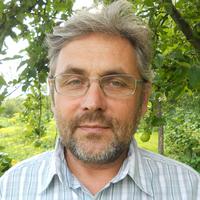 When IVA presents its annual 100-list, two research projects from KTH Södertälje are included. This year, the theme is crisis preparedness and Magnus ...

Three Stockholm municipalities have been given the chance to both contribute to and take part in research that KTH's teacher students do in their degr...

Findings offer ‘recipe’ for fine tuning alloys for high-temperature use

Superalloys that withstand extremely high temperatures could soon be tuned even more finely for specific properties such as mechanical strength, as a ...