KTH Innovation teams up with the SSE Business Lab to encourage more students to start businesses together.

About the Ideate Program

Where? The Stockholm School of Economics.

Who can apply? Current students at the Stockholm School of Economics and KTH.

What’s included in the program? Four workshops covering different topics, four guest lectures with invited entrepreneurs and a pitch session with feedback from an expert jury.

Last year, the Stockholm School of Economics and their venture incubator SSE Business Lab launched Ideate, a new entrepreneurship initiative meant to get more students to start companies. Now the program reaches new levels, as the Stockholm School of Economics and the KTH Royal Institute of Technology join forces, making it possible
for students from both of these prestigious schools to participate and start businesses together.

“We’ve seen many examples of successful teams founded by people from both of our universities, like Airmee for instance. In this initiative, we can give our students new tools to create exciting innovations together. Diverse teams are stronger and perform better and we look forward with anticipation to see what what the program will result in”, says Lisa Ericsson, Head of KTH Innovation and CEO of KTH Holding AB.

“These types of forums where people with diverse academic backgrounds can meet are incredibly important. We notice on a daily basis how significant it is for teams not to be too homogenous, so this new partnership has an enormous potential to further strengthen Sweden’s position internationally on the startup scene”.

Ideate has previously attracted well known entrepreneurs like Fredrik Hjelm, Josefin Landgård, Elsa Bernadotte and Lisa Lindström, who have joined to help the participants in the program. This time is no exception, with the successful tech investor Jane Walerud, and the founder of Soundtrack Your Brand, Ola Sars, joining the program.

The program ends with the companies, which have been formed during the program, presenting their pitch in front of an expert jury who decide which team gets to win prizes from partners like Grosshandelssocieteten as part of Stockholms Borgerskap, Kekst CNC, PriceGain and Exparang. Applications for the program are open until February 27, and the program starts on March 10.

Apply to the Ideate program

Are you a current student at the Stockholm School of Economics or KTH who is interested in
participating? Apply through ssebl.com/ideate .

About the speakers in the program:

Jane is a serial entrepreneur and investor, who among other things was one of the first investors in Klarna, as early as 2005. Jane still invests today together with her family and focuses on deep tech for a more living planet. She has her academic background from Stanford University and is also an Honorary Doctorate at the KTH Royal Institute of Technology.

Ola is a Stockholm based serial entrepreneur, active within the music tech space. He is the founder, CEO and Chairman of Soundtrack Your Brand, the world’s fastest growing B2B music platform. His earlier experiences include founding Spotify Business and Beats Music, which was acquired by Apple and later turned into Apple Music. Ola Has been featured in publications like Rolling Stone, Billboard and Bloomberg, and was selected as Billboard International Power Player in 2021.

Ludvig is a co-founder of Karma, one of Sweden’s fastest growing startups that works towards making restaurants more sustainable. Ludvig has a MSc. in Integrated Product Development from KTH, and has previously founded another startup before co-founding Karma. In 2018 he became a member of the Forbes 30 under 30 Europe list in the category Social Entrepreneurs.

KTH Innovation supports students, researchers and employees at KTH who want to develop an idea or create impact from their research. In the open program, more than 350 teams per year get support within areas like business development, financing, recruitment, agreements and patents. KTH Innovation also runs several other programs giving opportunities to get mentorship, launching on the international market, or getting ready for incubation. KTH Innovation’s model for innovation support, the KTH Innovation Readiness Level Model, is used by hundreds of organizations around the world, including Vinnova and Imperial College.

SSE Business Lab is the startup incubator of Stockholm School of Economics, open to all current and former students as well as faculty of SSE, that have founded a business. We provide support through one of our three programs; Ideate, Activate and Incubate. SSE Business Lab offers coaching, mentorship, workshops, and connections to a network of alumni and investors as well as first-class partners, such as Assessio, Scrive, Grosshandelssocieteten as part of Stockholms Borgerskap and PE Accounting. 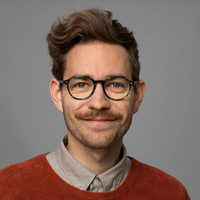