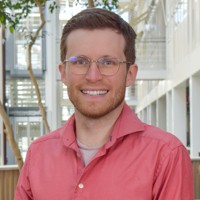 Optimization of performances and stability analysis of infinite-dimensional dynamical systems are at the core of my research activities. It translates into a semidefinite optimization problem under constraints such as stability, saturation, sampling, or delayed control. I actively participate in theory developments and applications in this field.

From the theory point of view, I am enlarging the scope of Integral Quadratic Constraints (IQCs) to infinite-dimensional systems. This is a major work since the IQC theory is particularly well adapted to optimal control with robust performance analysis. The idea is to consider a coupled system made up of an ordinary differential equation and a Partial Differential Equation (PDE), seen as an uncertainty. The IQC theorem transforms the stability and performance analysis into an optimization problem with a possibly nonlinear objective function under constraints expressed by matrix inequalities. An important part of my work is to characterize precisely the PDE such that the stability analysis is less conservative. To this extend, I use the dynamics of the moments of the PDE (seen as the Fourier coefficients of the PDE state) and dissipation inequalities inspired by Bessel inequality. Then, I focus on convexifying the initial problem by using matrix identities or relaxations. The main objective of this research is to use modern optimization techniques to provide numerically tractable certificates, expressed in terms of linear matrix inequalities for instance, on infinite-dimensional systems. Consequently, the problem can be optimally solved using semi-definite programming and it paves the way to the synthesis of optimal or controllers for instance. I conduct a similar approach simultaneously with Lyapunov functionals.

My research also focuses on more practical problems. Infinite-dimensional systems expressed using PDEs appear quite often in physics since it is a convenient way for modeling mechanical structures and transport problems. The application that was the subject of my Ph.D. manuscript is the performance optimization of a drilling machine. Since the drilling pipe is long, it is better to model its angular deformation using a damped wave PDE. For that problem, I am trying to develop constructive methods for synthesizing controllers that minimize the torsion of the well. My other practical interest is traffic flow optimization. Traffic on a freeway is a nonlinear transport problem modeled by a semilinear hyperbolic PDE. This work focuses mainly on mixed traffic with autonomous vehicles within the flow. I study their impacts on congestion to achieve optimal control using in-domain actuators. I conduct this research using both Lyapunov theory and machine learning.

My research is partially funded by the KAUST Office of Sponsored Research under Award No. OSR-2019-CRG8-4033, the Swedish Foundation for Strategic Research, the Swedish Research Council, and Knut and Alice Wallenberg Foundation.

This research about traffic application is under the supervision of Karl-Henrik Johansson, in collaboration with Anton Selivanov (The University of Sheffield), Christophe Prieur (Gipsa-Lab), John Liu (KTH), and Miguel Aguiar (KTH).

I received my Engineering Degree from ISAE-ENSICA (Aeronautical Engineer) and a double degree with KTH in 2015.

I get my Ph.D. diploma in July 2019. My Ph.D. thesis was on this subject with the concrete application of stabilization of a drilling pipe. The manuscript is available in the publication section of this website. For this work, I received the Best French Ph.D. award in control theory (by GdR MACS and Club EEA) in 2020.