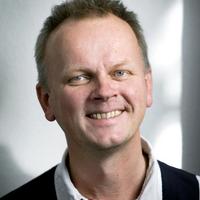 I served as the Dean of the School of Computer Science and Communication (CSC) 2011-2017.

Between 2012 and 2016 I served as chairman of the Swedish Committee for Digitalization belonging to the Ministry of the Enterprise. Now I am a member of the Digitalization Council. I am also the Digital Champion of Sweden serving the European Commission.

I chaired the Nordic collaboration in Human Computer Interaction, NordiCHI from its start in 2000-2020, that is in charge of the NordiCHI conference series. I also chaired IFIP TC 13 on Human Computer Interaction, 2010-2016, who is in charge of the INTERACT conference series. I now serve as vice chair for outreach in IFIP TC13. I am also the Swedish representative in the IFIP General Assembly.

I conduct practice-oriented action research on usability, accessibility and user-centered systems design, particularly focusing on improving the digital work environments for everybody.