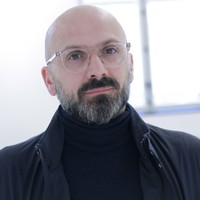 Ramis Örlü, born in Germany received his MSc (Dipl-.Ing.) in 2003 from the Ruhr University of Bochum, Germany, in Mechanical Engineering. In 2009 he received his Tekn. Dr. (Ph.D.) in Fluid Mechanics from KTH Royal Institute of Technology, Stockholm, Sweden,  and got his Docent (Habilitation) inExperimental Fluid Physics from the same institute in 2015. His research is focused on experimental methods and turbulent flows as well as their control.

2009 he started to work as a researcher at the Linné FLOW Centre and the Department of Engineering Mechanics at KTH. He is so far author and co-author of more than 150 scientific publications in peer-reviewed journals and conference proceedings. Since 2017 and 2020 he holds an Adjunct Professorhip at the University of Bologna, Italy, and a Mercator Fellowship at the Karlsruhe Institute of Technology, Germany, respectively.