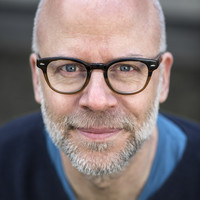 Erik Stenberg is an architect and Associate Professor in Architecture at the KTH School of Architecture and the Built Environment in Stockholm, Sweden. He has been teaching studio and courses in Architecture since 1997, with a special affinity for the foundation level, design processes, and mass housing. He is currently teaching the Masters level studio Muddy and Motley Mass Housing for Millions of Homes, participating in European and regional research initiatives and conducting housing research. One recent publication linked to teaching isStructural Systems of Swedish Mass Housing (2020). He is also co-editor of the bookSustainability in Scandinavia _Architectural Design and Planning (2018).

During 2021-2025, Stenberg is leading the Swedish part of ReCreate, an EU Horizon 2020-funded research project that focuses on the reuse of prefabricated concrete elemets that were not intended for disassembly. In this part, KTH collaborates with Helsingborgshem and Strängbetong. In addition to Sweden, Germany, the Netherlands and Finland (which is also the project coordinator) also participate. Total budget is EUR 12.5 million.

Since 1999 he has also been engaged in the practice, research and politics of restructuring the large scale post-war modernist housing areas of the Million Program Era in Sweden. He has redesigned apartments, organized a housing fair (Tensta Bo 2006), researched and exhibited archival material from his growing collection, started an introductory architecture school in one of Stockholm's largest modernist housing areas, and lectured extensively nationally and internationally. (Structural Systems of the Million Program Era catalogue) He has recently written "D4-gruppen 1955-1961" for the bookFlying Panels (2019) accompanying the exhibit of the same name at ArkDes, Sweden’s national centre for architecture and design.

During 2016-2019 he was the project leader of Grön BoStad Stockholm, a 3 year 62 MSEK EU structural funds project with the aim to make the housing sector in the greater Stockholm region smarter, greener and more socially sustainable. KTH, together with IVL Svenska miljöinstitutet, SUST Sustainable Innovation, and the County Muncipal Board (Länsstyrelsen i Stockholm) will in Grön BoStad aim for establishing more testbeds, better procurement practices, promoting a regional arena, and increased knowledge exchange and production for the housing sector (www.gronbostadstockholm.se).

As Head of Department of Architecture (www.arch.kth.se) from 2006-2013 he was instrumental in guiding the KTH School of Architecture through a generational shift, towards fiscal stability, and into the Architectural Academy — a network of Swedish architecture schools established in 2009.

Stenberg is the principal and owner of his own practice focusing on the tectonics of small additions and other barely visible places. He received his B.Arch. in 1995 from the College of Architecture and Urban Studies at Virginia Tech in Blacksburg, Virginia.