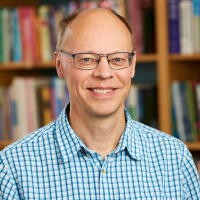 Magnus Jansson received the Master of Science, Technical Licentiate, and Ph.D. degrees in electrical engineering (automatic control) from KTH Royal Institute of Technology, Stockholm, Sweden, in 1992, 1995 and 1997, respectively. During 1997-98 he held a lecturer position with the Control Department at KTH. Since 1998 he has held various positions with the Signal Processing Department at KTH: 1998-2003 Assistant Professor, 2003-2012 Associate Professor, and since 2013 Professor. In January 2002 he was appointed Docent in Signal Processing at KTH. Dr Jansson spent one year, during 1998-99, as Post Doc with the Department of Electrical and Computer Engineering, University of Minnesota.