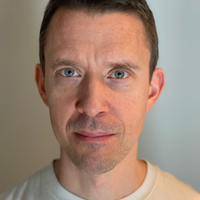 I am a professor of computer science at the division of Robotics, Perception and Learning (RPL) at the School of Electrical Engineering and Computer Science (EECS). My interest is mainly centered around robotics and autonomous systems. I like to put theory into practice and most of the time I am driven by problems rather than methods. Even after 20+ years in the field, a robot that actually does something on its own makes me excited. I have spent quite some energy into taken the methods from academia out into the real world, mainly through the company Intelligent Machines.

I also supervise Master's degree projects, mainly under the course codes DA236X, DA233X, and DA231X. If you want to do a thesis project with me, it will be much easier to convince me if you took my courses and showed interest there.

Much of my energy on the doctoral education level goes into the work in the WASP Graduate School. The graduate school accepts roughly 40 students every second year at five+ different universities in Sweden. I teach the course