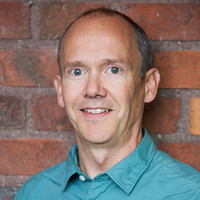 I hold a MSc degree in Engineering Physics from KTH (1998), a PhD in Innovation Studies from Lund University (2005) and a docent (habilitation) degree from KTH in History of Science and Technology (2009). As an undergraduate I also studied astronomy, history, literature and languages in Stockholm, Moscow, Greifswald and Tartu. In 2010-2011 I was Fellow-in-Residence at the Netherlands Institute of Advanced Study (NIAS) and in 2013-2014 Young International Scientist at the Institute for the History of Natural Sciences (IHNS) of the Chinese Academy of Sciences in Beijing.

I was appointed Professor of History of Technology in 2018. In this role I mainly devote myself to transnational aspects in the history of technology and this field's intersection with environmental and cultural history. My research projects have spanned themes such as European and global energy history, natural resource extraction in colonial settings, transnational infrastructures in their cultural and political context, coastal history and various studies of the Baltic Sea region as a transnational historical space. At times I’ve been more oriented towards the deeper past, at other times towards the most burning issues of our own era. I have always seen it as a main task to integrate studies of past and present.

My books, which appeared in Sweden, Germany, Britain and the United States, make use of multiple writing styles to explore the interconnections between the human, the technical and the natural worlds. Apart from university textbooks and academic monographs, I have published essay collections and historical travelogues. My book Red Gas won the 2014 Marshall D. Shulman Book Prize, awarded by the Association for Slavic, East European and Eurasian Studies (ASEEES). Europe’s Infrastructure Transition was one in a series of six books that collectively won the Chris Freeman Award. Östersjövägar, which combines travel-writing with popular transnational history, was labelled "a rather outstanding work” by Dagens Nyheter and “a must-read for anyone with an historical and cultural interest in the Baltc Sea region” by Svenska Dagbladet, while När folkhemselen blev internationell (which I co-authored with Arne Kaijser) has been dubbed a “political thriller”. My most recent book, Döden på stranden, was listed by Svenska Dagbladet as one of five not-to-be-missed Swedish non-fiction books published in 2020.

In terms of essays, check out my historical perspective on the European refugee crisis, my review of lighthouses in history as a love-affair between technological and literary symbolism, my approach to the mesmerizing histories of natural resources such as coal, sand and wood, or why not my sympathy for the Italian nuclear engineer Felice Vinci, who is convinced that the Iliad and the Odyssey are set in the Baltic Sea – my essay here subsequently inspired Swedish author Malena Lagerhorn to write her novel Ilion. In a similar way, my essay on the North Sea and its deeper past, published in Svenska Dagbladet, inspired playwright Andreas Boonstra to write his melancholic play Doggerland: att läsa Julia Blackburn.

At KTH I am currently heading two major research projects: (1) Cold War Coasts: The Transnational Co-Production of Militarized Landscapes (funded by the Formas Research Council); and (2) NUCLEARWATERS: Putting Water at the Centre of Nuclear Energy History (funded by the European Research Council, ERC). The latter is linked to my ERC Consolidator Grant, awarded in 2017.

Perspectives on the History of Science, Technology and Environment (FAK3150), teacher | Course web