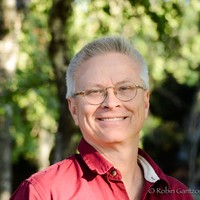 Associate Professor in Human-Computer Interaction, Ph.D. in Computer Science. One of the two heads of the research group for Technology Enhanced Learning.

Olle started out as an appreciated teacher and has been awarded repeatedly for his pedagogical achievements. His thesis on email usage made him a media darling that have spilled over into other areas. In 2006 he developed his first online course that has had several thousands of students every year since. In 2008 he was awarded STINTs Excellence in Teaching scholarship and went as a guest teacher to Williams College, Williamstown, MA, USA. This stint (and another in 2013 also to Williams College) facilitated the possibilities to spend a year as a guest researcher at Stanford’s Graduate School of Education in California 2015-16. There he worked with the Open Learning Initiative (OLI) and their questions-based learning (QBL) methodology. This collaboration also include Carnegie Mellon University in Pittsburg, PA, USA.