Saving Nature: Conservation Technologies from the Biblical Ark to the Digital Archive

A project funded by the Swedish Research Council

This project analyzes collecting and classification practices in the history of botany as technologies of conservation. Nature conservation is most commonly associated with protecting nature from human-induced destruction, as in the case of biodiversity conservation. However, such protective measures are built on a number of conservation technologies. These involve preserving objects through collecting and stabilizing objects through classification. From the taxonomies of the early modern age to biodiversity as the key to survival of life in the late 20th century, preserving and storing plant material has been essential to classification and conservation efforts. The project takes a diachronic approach – from the beginning of systematic plant collecting to botanical databases. We will demonstrate that the meaning of conservation has reflected shifting attitudes towards time and change. Studying the similarities and differences in epistemology, architecture, infrastructure and economy of collections we intend to show why and how projects of collecting and archiving nature became so central to present projects of nature conservation. 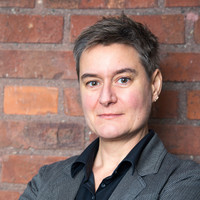